Czech Media Invest (CMI) is a holding company that focuses on acquisitions and management of media assets in Central and Western Europe.

Through its subsidiary company Czech News Center, which is the leading media house in the Czech Republic, it publishes four daily newspapers, several dozens of magazines and web titles. The company also owns two printing houses and is the leader in print distribution in the Czech Republic. Czech Media Invest (CMI) is also the owner of major radio stations in the Czech Republic and Romania. In France, it owns, for example, the French version of Elle magazine, a socio-political weekly magazine Marianne and holds a stake in the Le Nouveau Monde holding, one of Le Monde’s shareholders.

Structure of the Group 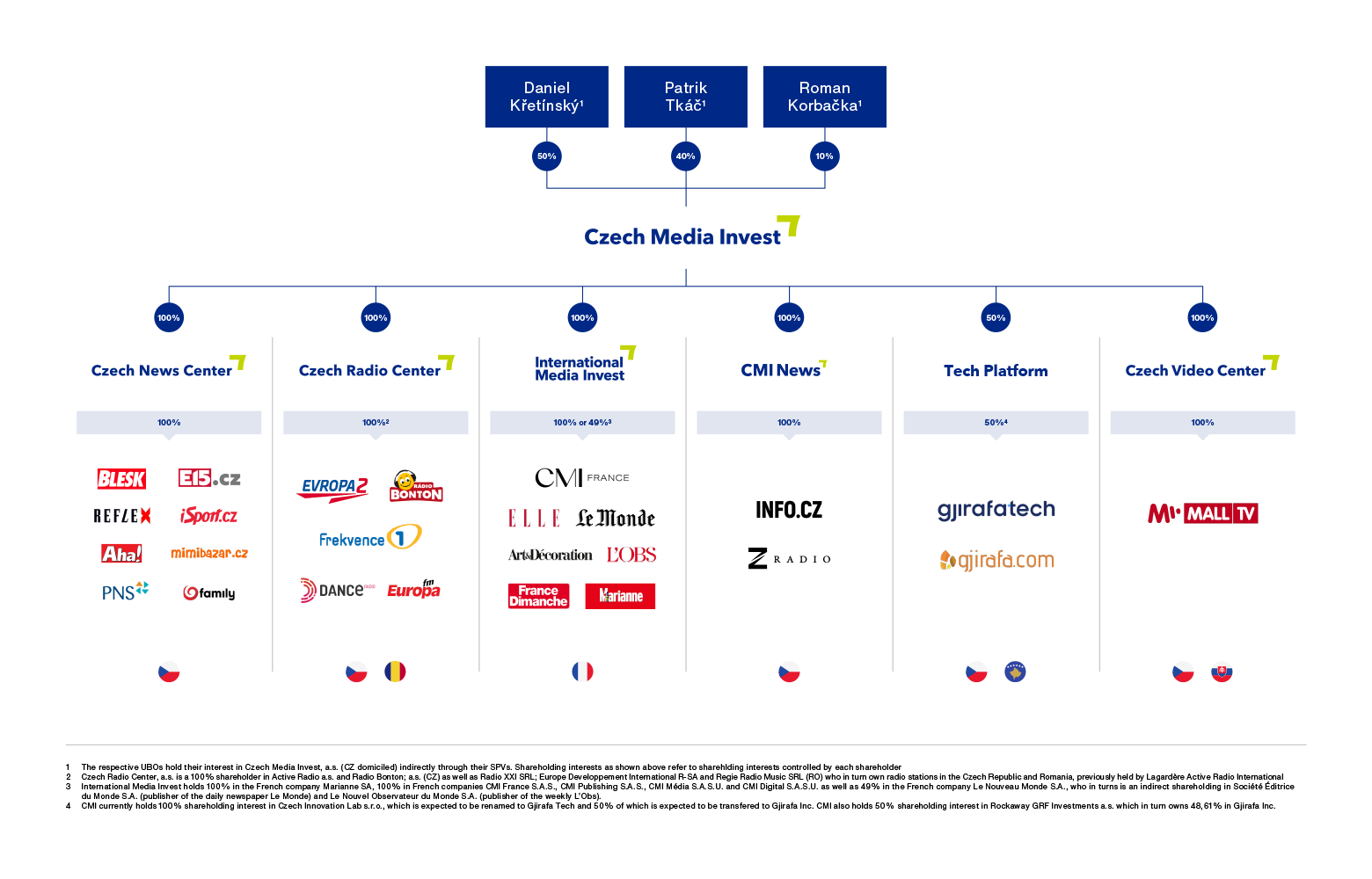